WESTMINSTER ​CHOIR COLLEGE
CLICK HERE TO SIGN THE PETITION TO SAVE WCC
Press Release: Chinese Company Out as Buyer of Legendary Music School

Click the title to read the full statement.
Kaiwen is Gone!
6/30/19

Posted this morning at a Kaiwen news site is the attached announcement of a Kaiwen Education Board vote, on June 28, 2019, to terminate the Purchase and Sale Agreement with Rider University.

We have posted in full the Google Translate version of the announcement, and have placed in boldface some of the most relevant text.

Click the title for the link.​
Kaiwen Education Reply to a June 2019 Inquiry
from the Shenzhen Stock Exchange
6/29/19

Since the Fall of 2018 Beijing Kaiwen DexinEducation Technology Co., Ltd. (Kaiwen Education)has received at least three inquiries, with questions to answer, from China’s security regulators, each expressing on behalf of key company stakeholders – shareholders, employees, lenders, suppliers, families – concern about the company’s continuing and significant unprofitability. In the spring we published a report on the second of these.
​
Here, we report on the most recent inquiry, this one received by Kaiwen on June 3 from the “Management Department of the Small and Medium-sized Board Company” of China’s Shenzhen Stock Exchange (SMBC).

To read the our analysis, click the title.
Update on Kaiwen Education's Financial Status​
6/24/19

Kaiwen remains a start-up company in precarious financial condition, with a very uncertain future. For these reasons, and for many others we have discussed, this company remains a significantly unsuitable owner and operator of Westminster Choir College​....

​To read the full report, click the title.
​By Federal Reserve Standards Kaiwen Education is a Highly Leveraged and Risky Business
5/20/19

The more and more we look at the financial situation of Kaiwen, which Rider University President Greg Dell’Omo believes is in good financial shape to buy Westminster Choir College, the more we find that Kaiwen is in horrible, horrible financial shape.

Read our latest analysis of Kaiwen’s financial condition that concludes that Kaiwen Education is a Highly Leveraged and Risky Business
​
To read the full articles, click on the headline.
Two Updates on Kaiwan's Finances
5/6/19

Here are two recent updates on Kaiwen's finances. Kaiwen, the for-profit company that Rider University President Greg Dell'Omo believes can "give [Westminster Choir College] a better future than we can give them,” isn't doing well. At all.

"The data shows that in 2013, Kevin Education's net profit began to decline, and has been struggling on the loss line for several years... in the first year of its transition to pure education business (2018), the company's net profit turned into a loss, and the [2018 annual report] was not optimistic."

​To read the full articles, click on the headline.
Due Diligence and Kaiwen Education
4/29/19

We have posted a new report on how Kaiwen was portrayed in 2017 when this firm was selected as a potential buyer.

The facts included convey only some of the financial vulnerabilities and other shortcomings of Kaiwen Education as a potential owner of WCC in 2017 – a remarkable and unsuitable choice by Greg Dell'Omo and the Board of Trustees given the criteria that were to be used to select a new owner.

Click the title to read the report.
WCC Reset Anniversary
4/8/19

Following a meeting THIRTEEN months ago — on March 1, 2018 — Rider AAUP Chief Grievance Officer Jeff Halpern, then-AAUP-President Scheiber, and Assistant Grievance Officer Joel Phillips sent this report to all faculty. In it we discussed the need for a “reset” of the process begun by Dell’Omo and the Board with regard to the disposition of Westminster. Following the March 27 letter from the Attorney General, we believe these points remain as relevant now as then.

Late last night the AAUP received a copy of the letter Acting Attorney General Jennifer Davenport and her team provided Judge Paul Innes of the Chancery Division of the New Jersey Superior Court in connection with the Westminster Foundation’s lawsuit that seeks to stop Rider University from selling Westminster Choir College.

Though the 35-page letter's language is measured and professional, it is clear the AG was frustrated by Rider’s failure to provide or attempts to conceal information relevant to her investigation. In fact, Rider’s reluctance to comply with her requests prevented the AG from obtaining enough information to render an opinion to the Chancery Court at this time. Instead, because her investigation raised many additional concerns, on March 22 the AG required Rider to answer an additional 45 questions. Once Rider complies in full with her request, the AG expects to issue an opinion within two to three months.

​Click the title to read our press release and the Attorney General's statement.
​Read the Purchase and Sale Agreement between Rider University and the proposed buyer of WCC

Click the title for the PDF.
Faculty Shocked to Learn Secret Agreement Would Allow Buyer to Close Westminster Choir College
3/25/19

This paper reports on important recent developments at Beijing Kaiwen Dexin Education Technology Co., Ltd. (Kaiwen Education), using information from a variety of resources including the company’s response to a second request for information from the China Securities Regulatory Commission (CSRC), a request prompted by Kaiwen’s desire to sell additional shares of company stock....  Click the title to access the report.

In a meeting with members of the Rider AAUP executive committee, President Dell’Omo accused Rider’s faculty of ‘hiding in their classrooms’ while he does the hard work of 'saving the institution' from financial ruin.

"Professors hired to work for a New Jersey college at its satellite campus in China have been told they are now effectively employees of the communist Chinese government, union leaders say."

"The professors, including more than 50 American citizens, were hired at Wenzhou-Kean University, a satellite campus Kean University launched in 2012 amid a trend of colleges partnering with the Chinese government in search of big profit"
Rider Administration gets failing marks by Princeton Review
Read Marshall Onofrio's email about labeling your stuff in your office.... heartbreaking.
August 17, 2018
Our Fight to Save WCC is Featured in Inside Higher Ed
October 15, 2018

"As a Chinese company continues the process of purchasing the Princeton-based Westminster Choir College from Rider University, more concerns — and one more lawsuit — have surfaced."

The table here recounts some of these “claims,” which contrast starkly with the “reality” found in public sources...
August 15, 2018
AAUP Challenges Legitimacy of Newly announced Non-Profit Said To Be Created To Run Westminster Choir College

Read about the proposed WCC sale in the New York Times
What is Happening to Westminster? And When did it Happen?

On October 29, 2015, Rider University President Greg Dell’Omo and Provost DonnaJean Fredeen give notice of layoff to 14 Westminster Choir College (WCC) tenured faculty and a number of long-time adjunct faculty, and, cancel 13 academic programs with no plan to... Click for a Chronology of the WCC Crisis.
Who is Offering to Buy Westminster?

Rider University's Board of Trustees announced on February 21, 2018, that it had agreed upon a non-binding term sheet for the purchase of WCC with Kaiwen Education Technology Co., Ltd., a for profit company. Click for a full explanation of what Kaiwen is (and was).
What is Westminster and Why is it Important?

From its beginning in 1920, Westminster has grown into one of the most premiere, world renowned music schools in the world. Click for a fact sheet of what Westminster is and some of its achievements. 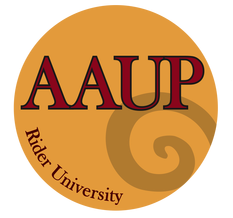 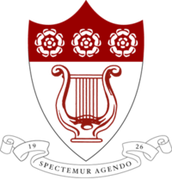